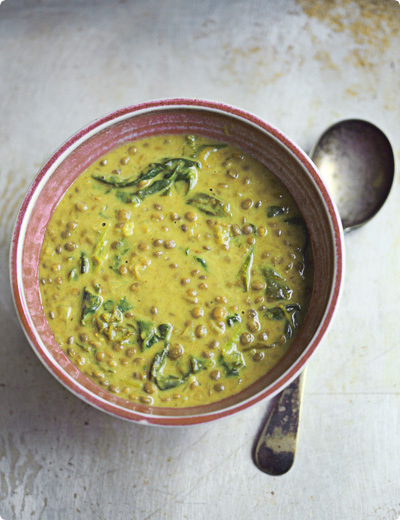 Europe, as you’ve no doubt heard, has been pretty cold lately. After a far-warmer-than-average November, December and January, February donned its icy gloves and sent an entire continent reeling with a left hook that nobody saw coming.

In Germany, though, it’s been pretty much business as usual. People here are simply used to operating at much colder temperatures, and the strange thing is that even I feel myself slowly joining their ranks. Human adaptability is a remarkable thing, isn’t it? I remember as a kid experiencing a rare California cold snap one winter that sent the entire state into chaos: oranges froze solid on their vines, homeless people died of hypothermia, the news channels reported on it as if it were the apocalypse. I also remember breathlessly reporting on the ordeal a few weeks later to my dad’s sister and her husband, who were visiting from out of town. “How cold did it get?” my uncle asked. “During the day we had highs only a few degrees above freezing!” I told him gravely. He burst out laughing; he was from Chicago, where a winter day just above freezing is welcome relief.

By now I can sympathize with my uncle’s reaction—thanks to a few German winters I too have a different conception of ‘cold’. Cold used to be where you needed a scarf as well as a jacket; now it’s where, despite gloves, you can’t feel your hands after a 30-second walk out to the car. Cold is where your face feels like it’s being attacked by a sandblaster and the air is so razor-sharp you restrict your breathing to short, shallow gasps. Cold is where every time you dress to go out you feel you’re preparing for battle.

But cold isn’t all bad. If anything, having to deal with truly cold weather has made me appreciate it in ways I would never have expected. There’s its dryness, for instance, which is a welcome antidote to the soggy, soaked-to-the-bone winters I lived through in the Pacific Northwest and Scotland. Then there’s the phenomenon that the temperature outside is in inverse correlation to what I call the ‘cozy factor’ of home. A warmly-lit room, a soft sofa and a hot mug of tea are infinitely more appealing when you know just how cold it is on the other side of your walls.

And then of course there’s the fact that nothing stimulates the appetite better than cold weather. It even makes food taste better, I find. Hot chocolate, cheese fondue, and steaming bowls of pasta seem to have extra flavor compounds unlocked by plunging temperatures. Lentil soup is another one; although I eat it in warmer months too, it’s during exceptionally cold weather that it seems to comfort and nourish at a whole new level.

I was surprised to realize recently that I’ve never posted a single recipe for lentil soup here. In fact, my selection of soups is pretty paltry considering how much I love them and how often they appear on our table. The problem, I think, is that like with salads, I rarely follow a recipe for soup, instead using whatever I have on hand. For lentil soup this is particularly true; made with a few veggies, an herb sprig or two and a little smoked ham or bacon, it’s always different and always good, but rarely worth noting down for posterity.

But then there’s this one. Sometimes you run across a recipe that’s just so perfect you’re not even tempted to tinker. And so you make it, exactly as written, year after year.

Many of you are probably already familiar with this soup. It was put on my radar by Molly a few years ago, and comes from the cookbook Once Upon a Tart, named after the eatery of the same name in Manhattan. For me, this soup belongs to a rare category of nearly ideal foods, a pitch-perfect harmony of flavors whose sheer deliciousness comes with a wholesome factor to match. Thick with coconut and laced with sweet spices it definitely nods towards India, but the use of French lentils, vegetable (or chicken) stock and thyme ensures it stays firmly grounded in the great European soup tradition, and indeed it seems to take best to accompaniments from this side of the world—a few slices of buttered whole-grain toast, for instance, and a simple tomato or carrot salad. Oftentimes, though, I feel anything else just distracts from its pure, elemental satisfaction; a bowl, a spoon and a freezing cold night are really all the accompaniment it needs.

Okay, I don’t make this soup exactly as written, but pretty close. My main change involves the ironing out of a few procedural wrinkles. Rather than frying things twice (first onions and garlic, later spices) as called for in the original recipe, I make this according to the Indian technique of cooking the lentils until soft, then frying all the aromatics and stirring them into the soup towards the end. It not only saves time, it allows you to get away with half the butter or oil (which I usually make up for by dumping in the entire can of coconut milk), and it really makes the flavors sing. I also add some fresh greens if I have any on hand, though the soup is plenty fantastic without them too.
Serves: 3-4
Source: adapted from Once Upon a Tart by Frank Mentesana and Jerome Audureau

Rinse the lentils and pick out any debris. Combine them in a pot with the stock, thyme and tumeric and bring to a gentle boil. Reduce the heat slightly and simmer until the lentils are soft, about 20 minutes. Fish out the thyme.

While the lentils are cooking, heat the butter or oil in a smallish skillet and sauté the onion over medium heat, stirring frequently, until browned and caramelized in places, about 12-15 minutes. Add the garlic and spices and fry just until deeply aromatic, about 30 seconds. Scrape the contents of the skillet into the pot with the lentils, and add the coconut milk and optional greens too. Bring everything back to a gentle boil and cook another 10 minutes, or until the flavors have blended and the greens are tender. Add salt and pepper to taste.